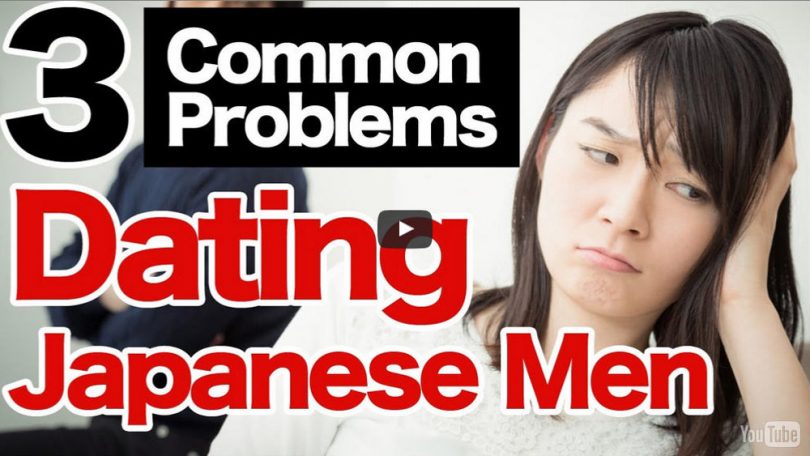 Hi, I’m Nobita, a native Japanese working as a Japanese teacher in Japan.

My YouTube channel, “Find Your Love in Japan” is mainly about dating in Japan.

I’m making YouTube videos because I noticed a lot of foreigners are very skeptical when it comes to dating in Japan.
It makes me sad that some think it’s impossible and give up before even trying, especially foreign women.

Well, yes, there seem to be more couples consisting of a foreign man and a Japanese woman than the other way round.

Nevertheless, I strongly believe that you can find a Japanese partner regardless of gender, nationality or race and that’s why I’m making videos to encourage foreigners in Japan.

Over the past few months, I’ve interviewed various foreign women who’ve actually dated Japanese men.
During the interviews several common problems when dating Japanese men were mentioned, so let’s have a closer look at them.

In Western culture it’s quite common that the man is the one approaching the woman.
In Japan, however, this is rarely the case.
That’s simply because a lot of Japanese men are quite shy, even more so with foreign girls.

I’d say it’s not a problem if you’re shy as a Japanese woman.
Most foreign men are willing to make the first move to approach a Japanese girl.
That’s probably one reason why you’ll find more couples where the man is foreign and the woman is Japanese.

In my opinion, it’s necessary that foreign women become more pro-active. They should be the ones to take the initiative.
This might be scary at first, especially if you’ve grown up in an environment where it was ok to play the “shy girl”. But just because a Japanese guy isn’t approaching you actively, doesn’t necessarily mean he’s not interested.

Please don’t stick to the old-fashioned idea that men should always make the first move.
If you like a Japanese guy, you should at least give him an obvious hint (e.g. body contact, strong eye contact, a smile).
And hopefully, he’s going to notice your feelings and ask you out if he’s also interested in you.

This is the most common complaint I hear from foreign women when they’re dating a Japanese man.
In many Western countries, the majority of men show their affection directly through words and action (hugging, kissing) – even in public.

In comparison, most Japanese men are too shy and reversed to do that.
Even in a romantic situation where it’s just the two of you, he might not show his affection clearly enough for you to notice / understand.

The majority of Japanese men admit that they’re never saying the “3 little words” (I love you).
They hardly ever give compliments such as “You look so beautiful today.”

As a woman, if you never get to hear such words, it makes you feel insecure and unloved.

You’ll keep asking yourself : “Does this guy really like me?” 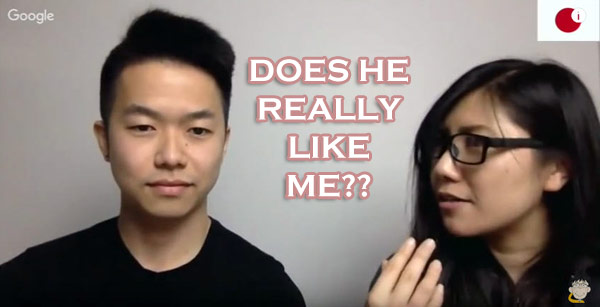 Many Western men are quite outgoing and communicative, while many Japanese men don’t talk much in general, let alone in a relationship.
If you’re a girl who doesn’t talk much either, chances are the conversation gets very awkward or stressful, even if you speak Japanese fluently.

As you might know, Japanese people are very sensitive about how they’re judged by others (the so-called fear of “losing face”). That’s probably one reason why we’re careful how and what we convey.

I get it! It’s hard to tell whether a Japanese guy is interested in you or not.
So, I want you to pay very close attention to their body language.
It might be difficult to notice at first, but we definitely show some sort of interest or subtle emotion.

In our culture, we heavily rely on non-verbal communication.
Thus it’s tremendously important to focus on non-verbal subtle signs, like shy eye contact or by behaving a bit awkward.

Japanese language itself is quite a subtle language.
We use nuanced words, tone of voice and other subtle clues that communicate feelings all the time.

By immersing yourself in the Japanese culture and talking to as many Japanese people as possible, you’ll surely get used to it at some point.

3. Japanese Men Are Always Working Too Much

Growing up in Japan, I thought it’s completely normal to work all day long with lots of overtime.

What makes me sad is that it’s not because we’re workaholics or passionate about our jobs, but because work in Japan is extremely inefficient.
Meetings are too long, too frequent and energy is being wasted on redundant, often unnecessary tasks.
If it weren’t for those things, we could actually go home much earlier!

As a Japanese man you’re being raised to be the breadwinner, supporting your family. And as such it’s normal to work hard.
While this traditional thinking is slowly changing, it’s still very present.

Quite a few Western women I interviewed complained that their Japanese boyfriend has never time because of work. One of my American friends even said: “I can’t get married to a Japanese man, because he’s already married to his job!”

It’s actually quite stressful to work in Japan, because many companies literally force the employees to invest their whole life. If you’re truly passionate about the job, it might not be a problem. But I think most Japanese men aren’t passionate about their job.

An employee needs to sustain a good relationship with his boss in order to get a promotion in the future. There’s no way he could reject an invitation by his superior to join a drinking party after work. You have to go – even if that means you have to cancel the plans you had with your (foreign) girlfriend or never seeing your kids … 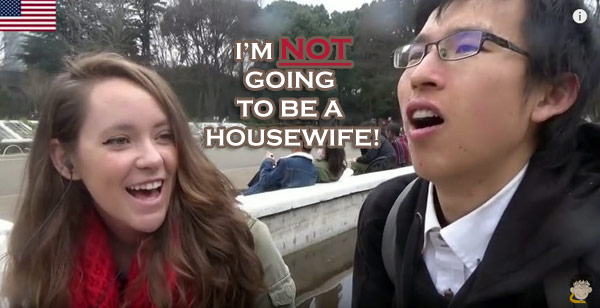 Obviously, not everyone has this kind of expectation in Japan.
In fact, an increasing number of Japanese men are willing to take an active part in raising children and doing chores.

Women are more and more focusing on their own careers.
Furthermore the general family income in Japan is getting lower, so women often also have to work.

However, the traditional idea of the “housewife” is still very strong in Japan, especially among the older generation. In their opinion, a woman should stop working once she gets married so that she can focus on being a full-time housewife.

This idea becomes obvious in many social settings in Japan. Just one example are traditional companies where women are supposed to serve tea and do chores for their male co-workers.

According to the foreign women I’ve interviewed, this is a very unattractive expectation.
In many Western countries, gender equality is highly valued.
In Japan, on the other hand, there are still clear “social (gender) rules”.

Although this is slowly changing, a lot of Japanese men prefer a woman who is reserved, modest, can cook well and is very dedicated to them.

Even though this stereotype is not entirely true, a lot of foreign women seem to be afraid and thus choose not to date a Japanese man.
It’s frustrating, because there are many Japanese men who don’t share this traditional idea of the “housewife”.

Are There Only Problems When Dating Japanese Men?

Maybe this article is discouraging you to date Japanese men.
But I want you to keep in mind that there are so many good things about dating Japanese men!
Some girls I interviewed even stated they prefer dating a Japanese man.

It’s true. Japanese men are quite different from Western ones – in many aspects.
And that’s why you might get confused and frustrated at first.

However, Japanese men who’re willing to date non-Japanese women tend to be “less Japanese” and much more open-minded.
Maybe some of the above mentioned common problems don’t completely apply to them.

You might find out that Japanese men are actually the right match for you.
I encourage you to give it a try!

Today’s guest post was brought to you by Nobita.
If you want to know more about dating Japanese men, I highly recommend to check out Nobita’s YouTube channel, Find Your Love in Japan.
Disclaimer:
This is a guest post and any information and opinion is provided by Nobita. Therefore Zooming Japan doesn’t take any responsibility for the content.