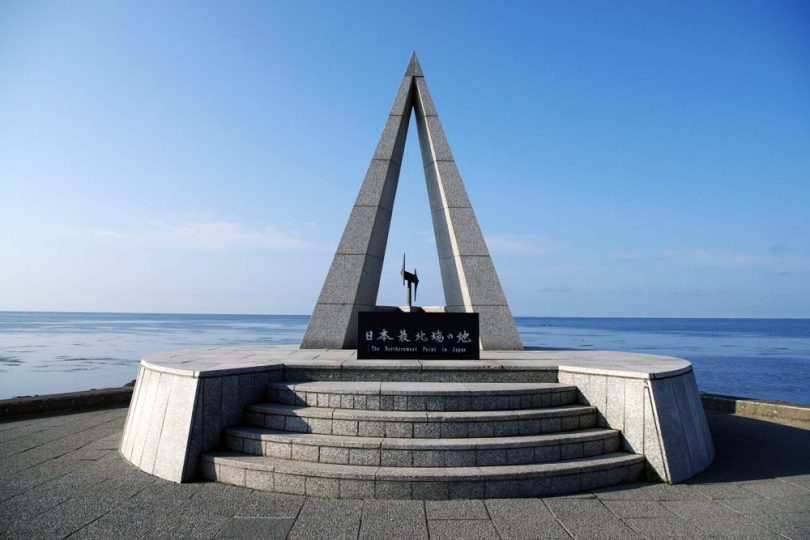 As you hopefully know, Japan is an island, which means there’s edges and spots that mark the end of the land … if you’re not careful you’ll drown. ;)
Of course this means that you cannot walk to another country, you’ll have to either take a ship or an airplane … or for the brave ones out there, swim!

Japan being an island means that there’s an outermost spot in each direction.
Today I want to introduce these to you as they’re also popular tourist destinations.
You’ll learn where you can find the outermost spots of Japan, how to get there and what else there is to see.

The Southernmost Spot of Japan 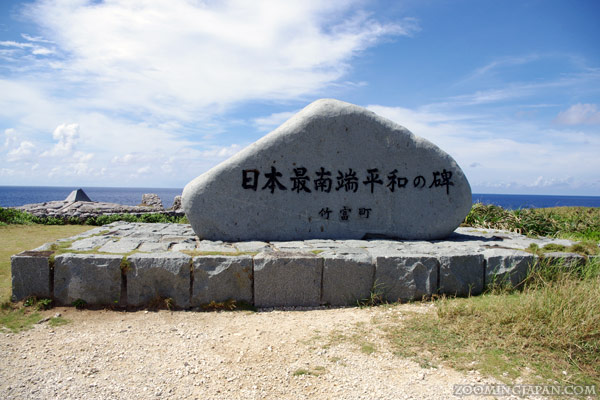 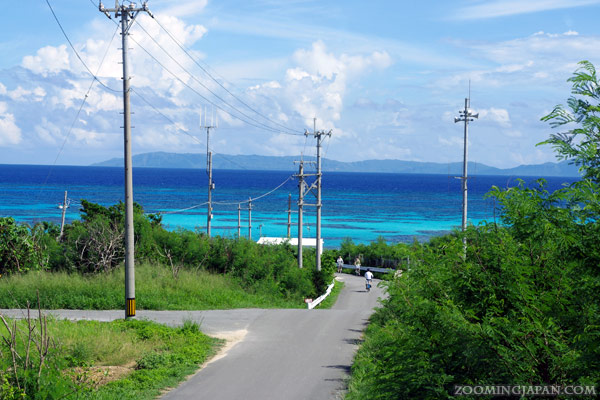 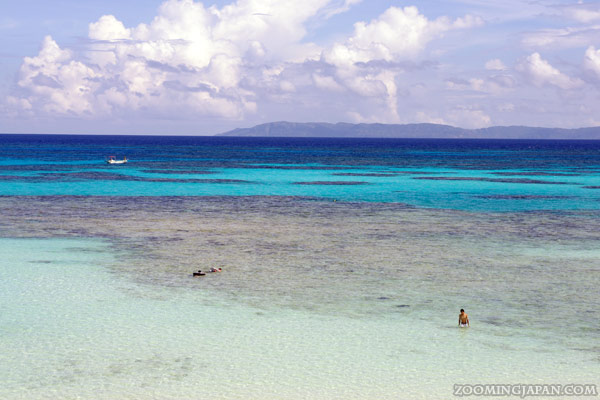 The southernmost point of Japan is located in Okinawa on Hateruma Island (map) – which is consequently the southernmost island of Japan.
It’s one of the Yaeyama Islands and can be reached by ferry. It’s a lovely day trip from Ishigaki. I highly recommend spending a day there, maybe rent a bicycle and cruise around a bit. The Nishi Hama Beach is one of the most beautiful beaches in Okinawa.

While you can get to the rock that marks the southernmost point on a bicycle, it’s a bit far from the ferry terminal. If you are in a hurry, better take a bike, bus or car.

The Westernmost Spot of Japan 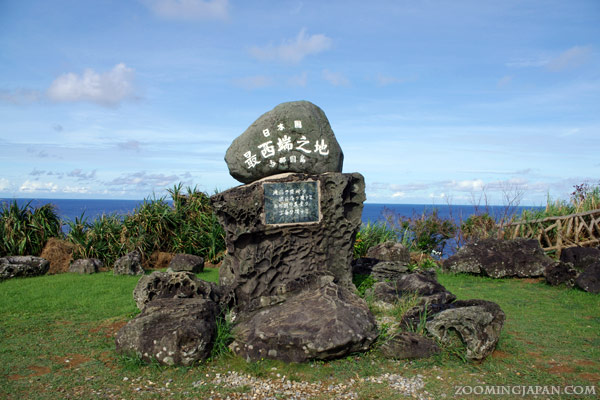 The westernmost point of Japan can also be found in Okinawa, on Yonaguni Island. It’s the westernmost island of Japan and it’s actually closer to Taiwan than to the rest of Japan. On a clear day, you can even see Taiwan from there. Pretty cool, huh?

You can get there from Ishigaki either by airplane or by ferry. 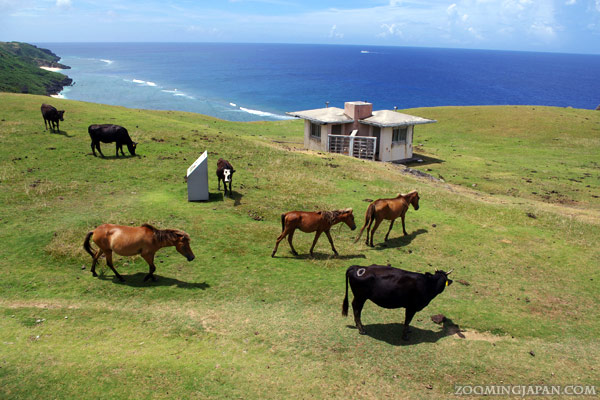 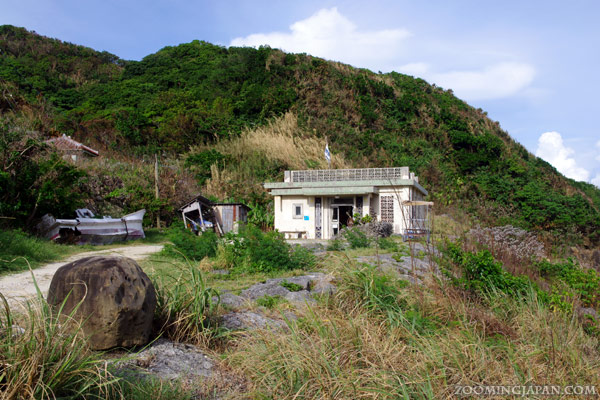 Other than that, there’s a lot to see and do on Yonaguni if you like to be on a remote, quiet island with lots of beautiful nature. There are wild cows and horses running around freely. And I MEAN freely. Watch out when driving!

There’s also “Dr. Koto’s clinic”. Fans of the drama “Dr. Koto Shinryojo” will love it there. It’s an original shooting location of the drama. 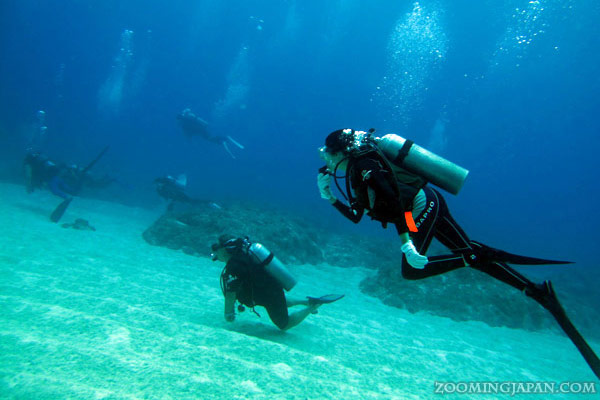 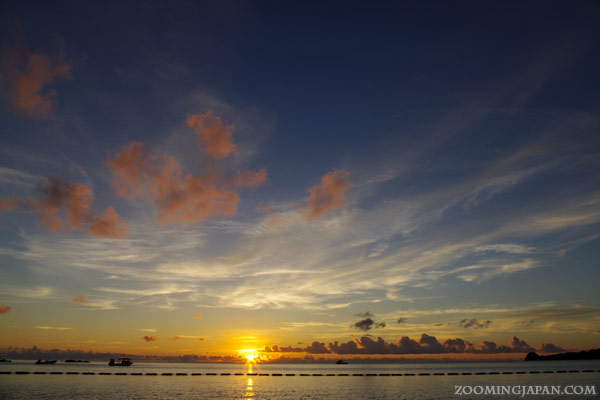 As it is the westernmost spot you’re able to catch the last sunset of Japan. How awesome is that?

And if you’re still not convinced, Yonaguni is a paradise for divers. You’ll find the mystical underwater ruins there. I highly recommend it!

The Northernmost Spot of Japan 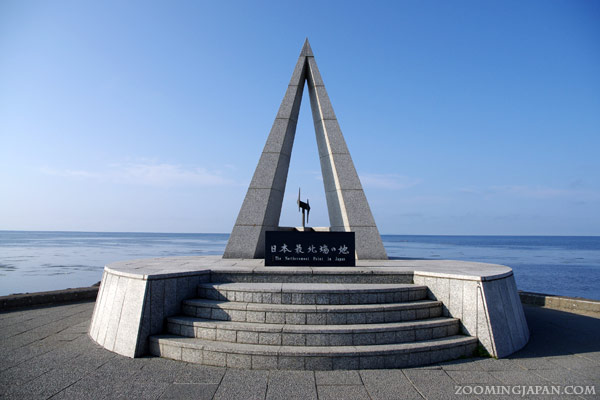 For the northernmost point of Japan we have to go to the opposite direction from Okinawa all the way to Hokkaido (map). You’ll find it about 30 km outside of Wakkanai City at Cape Soya.

Just like the other outermost spots in Japan it’s really far out, but you can take a bus from Wakkanai Station or just rent a car. 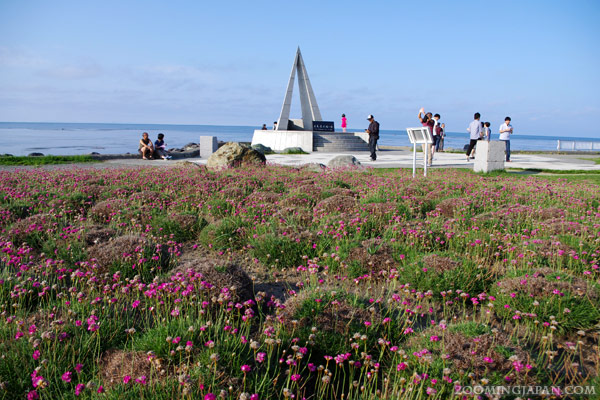 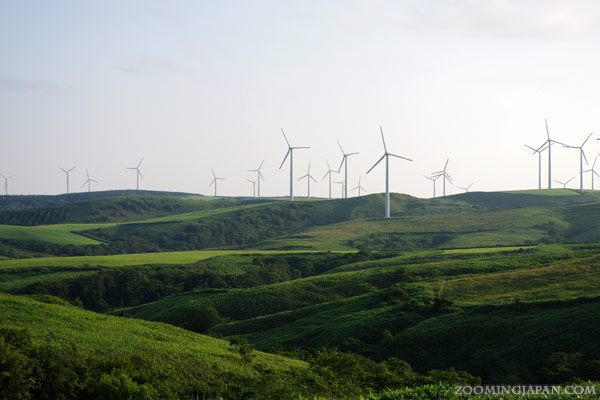 It’s extremely beautiful around the northernmost point, so I suggest you take some time walking or driving around.
The landscape is stunning and even the farm houses and hills look different from in the rest of Japan. 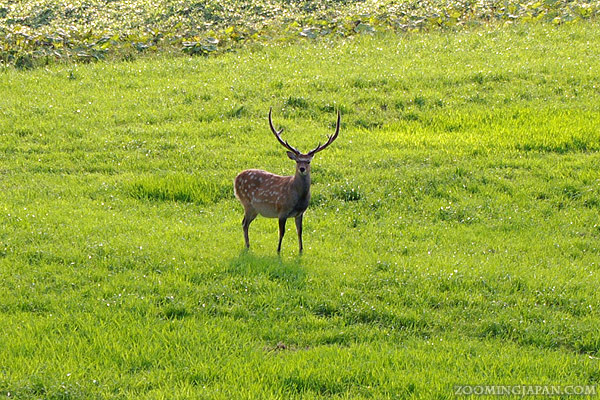 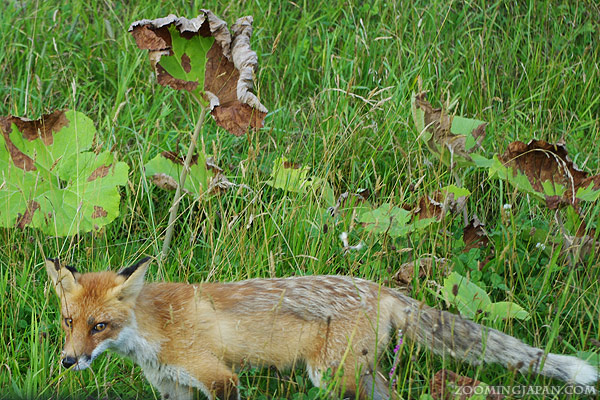 If you use a car, drive carefully. It’s quite possible that you’ll run into wild deer or foxes there. 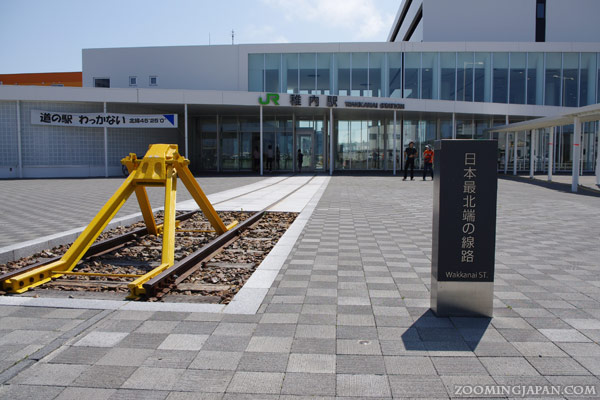 The Easternmost Spot of Japan 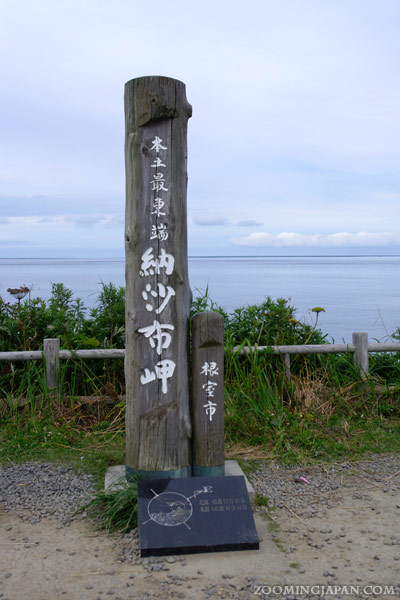 Last but not least let’s move on to the easternmost point of Japan which is also located in Hokkaido, but you’ll have to travel all the way to Nemuro.
This might be the spot that’s most difficult to reach among the four if you don’t have your own vehicle. It’s REALLY far out, but it’s still worth it. 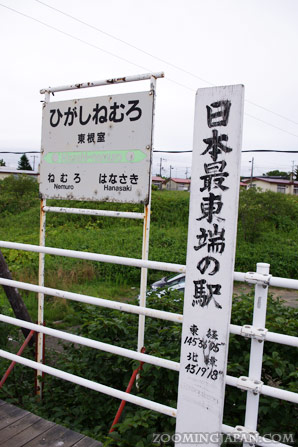 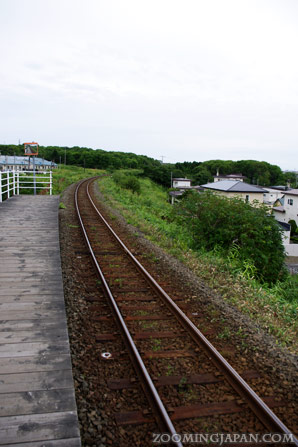 Not too far away from the monument that marks the easternmost point, you’ll find Japan’s easternmost train station.
Again, you’ll need a car to get there. It’s a super small station with nothing more than a sign. Not even a place where you could buy tickets. 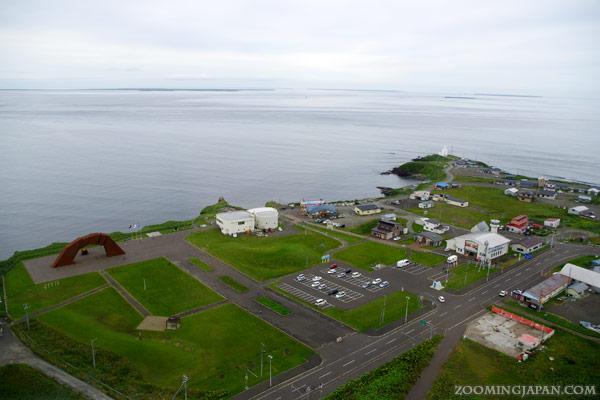 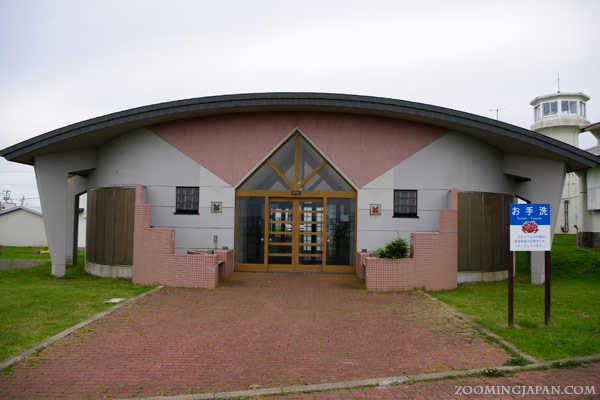 Right next to the monument you’ll find an outlook from where you can see the “Northern Islands” that are still occupied by Russia. I’m sure you’ve heard about it. While driving there, you’ll see a lot of signs in Japanese that say “Give us back our islands!”

On the right photo you see Japan’s easternmost toilet …. *g*

And it goes without saying that you can enjoy Japan’s first sunrise at the easternmost point, but you’ll have to get up super early for that! Apparently I didn’t.
I can imagine it must be a popular place on January 1st as it’s the first sunrise of the year and the earliest in all of Japan.

I’m sure there’s a lot more to discover if you take the time like the “northernmost Burger King” etc.

If you have taken photos of stuff like that, please share them with us in the comments below.

I hope you enjoyed this post and maybe you’ll visit all of these places in the near future as well.
Let me know if you have any questions.